Paris is a romantic and scenic city filled with historic palaces, cathedrals, museums, and gardens. It’s also a fashion capital with a number of famous shopping streets. For these reasons and numerous others, Paris is a dream destination for many people around the world. 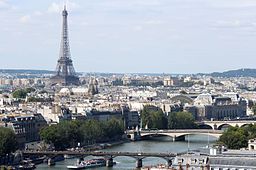 Climate: The climate is relatively mild. However, there can be heat waves during the summer.

Airports: The main airports are Charles de Gaulle Airport, which is approximately 45 minutes by train or taxi into downtown, and Orly Airport, The travel options from Orly to Paris are somewhat more complicated. Le Bourget is the general aviation airport. 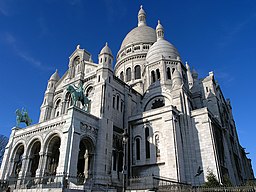 Sacré-Cœur: The architecture of this cathedral was inspired by basilicas like the Hagia Sophia in Istanbul, and its white stone facade is a prominent site on the Montmartre. The top of the dome offers views over Paris up to 40 km (24 miles) away. 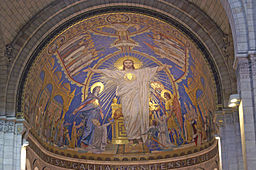 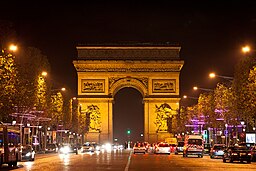 Arc de Triomphe de l’Étoile: As one of Paris’ most famous monuments, the Arc de Triomphe towers over the Champs-Elysees. The Arc de Triomphe was built by Napoleon in 1806 to commemorate his victory over the Austrian and Russian armies at the Battle of Austerlitz. It also serves as the gravesite of an unknown soldier from World War I, along with an eternal flame in his honor. 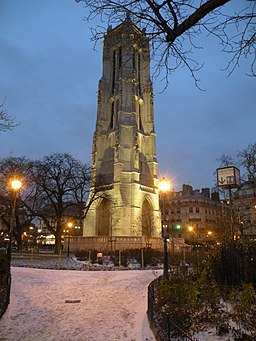 Saint-Jacques Tower: This 51 meter tower which dates back to the 16th century is the last remaining part of a Gothic church from the 12th century. 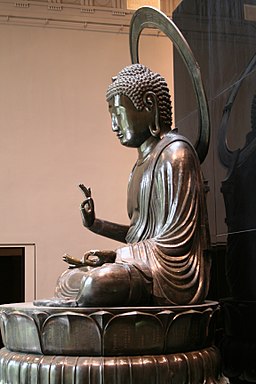 Musee Cernuschi: This museum’s exhibits consist of art from the Far East. Although it’s not as famous as some of Paris’ other museums, the Musee Cernuschi contains one of the largest collections of Chinese art in Europe. 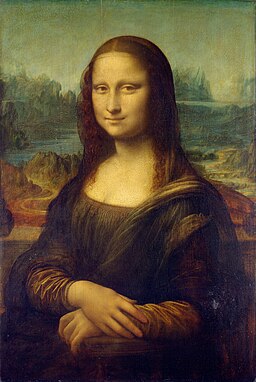 Musee du Louvre: The Louvre is probably the most famous museum in Paris and is one of the most widely-visited in the world. The museum is housed in a palace which served as the king’s main residence in the 16th and 17th centuries before Louis XIV moved it to Versailles.

Although da Vinci’s Mona Lisa is the most well-known attraction at the Louvre, it’s also home to many other art exhibits from around the globe which date from antiquity to the mid-19th century. The works include the Venus de Milo and fragments from the Code of Hammurabi. Like the British Museum in London, it’s difficult to see all of the museum in one visit.

Musee d’Orsay: Housed in a former train station, this unusual art museum contains works dating from around 1848 to 1914. The glass roof illuminates scupltures, paintings, photographs, furniture, and other artifacts. Some of the artists featured include van Gogh, Monet, and Renoir. 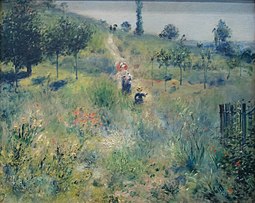 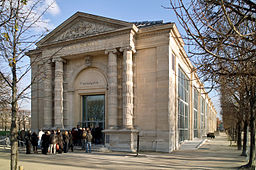 in a former greenhouse in the Jardin des Tuileries, the Musee de l’Orangerie exhibits works from impressionism, postimpressionism, and the ecole de Paris. Monet’s work ”Water Lilies” is displayed here, along with works by Gauguin, Renoir, Picasso, and Matisse.

Palais Garnier: Better known as the Paris Opera, this 19th century neo-Baroque theater offers tours of the auditorium and other parts of its elaborate interior, which features the Grand Staircase and Grand Foyer, along with a Library-Museum that chronicles the theater’s history. 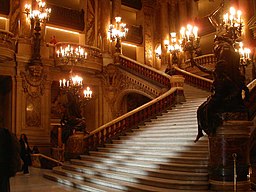 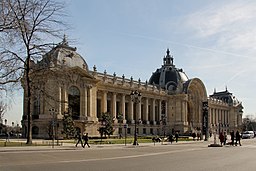 Petit Palais (Musee des Beaux-Arts): Originally built as an exhibition hall for the Exposition Universelle of 1900, the Petit Palais now houses an art museum with collections from antiquity to 1900, along with a courtyard garden featuring outdoor sculptures. 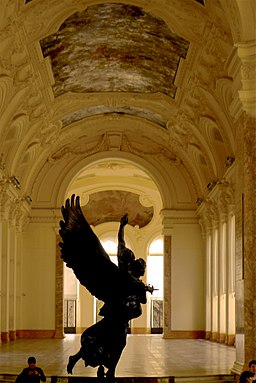 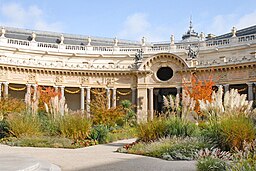 Bois du Boulogne: The Bois du Boulogne is located in the Paris neighborhood of Neuilly-sur-Seine and is one of the largest city parks in the world. It’s home to numerous formal gardens, lakes, and walking paths. It’s best to visit during the day, as it has a reputation for being haunted by prostitutes at night. 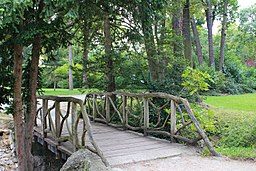 Cimetiere de Montmatre: This is the main cemetery in northern Paris. Amongst the historic figures who are buried here are Heinrich Heine, Emile Zola, Alexandre Dumas, and Edgar Degas. 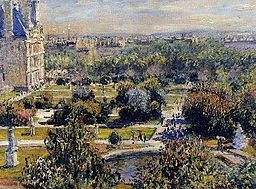 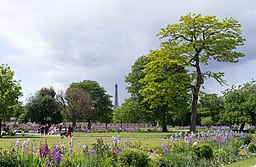 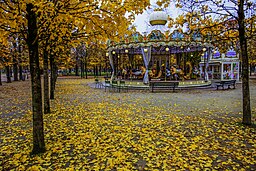 Parc de Belleville: Set on a high hill, this park has numerous platforms which allow for panoramic views of Paris. 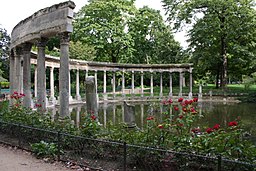 Parc Monceau: An 18th-century park which was the subject of five paintings by Claude Monet. A stroll through this park will bring you past copies of the pyramids, classical colonades, and Dutch windmills, along with statues of French historical figures like Guy de Maupassant and Frederic Chopin. 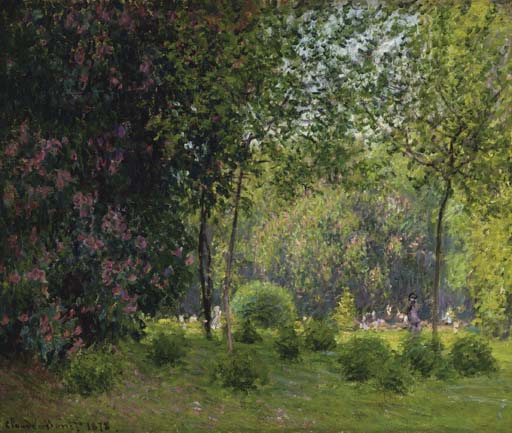 Galeries Lafayette Paris Hausmann: As one of the largest department stores in Paris, Galeries Lafayette offers 70,000 m² of brands that include Chanel, Bulgari, Montblanc, Louis Vuitton, and many others. It also offers several restaurants offering eventhing from pizza to seafood to hamburgers and dessert. There’s also a Starbucks location. The main branch of the Printemps store chain is also nearby.

Place Vendome: The Place Vendome is one of Paris’ premier shopping areas, featuring watch and jewelry brands like Cartier and Bulgari, and boutiques like Chanel and Dior.

Luxury Hotels in Paris – A list of Paris’ 5-star hotels, arranged by district.

AC Hotel Paris Le Bourget by Marriott: This 4-star hotel is right next door to Le Bourget Airport, and is approximately a half an hour drive from downtown Paris.

Hotel Saint Germain: A boutique hotel with traditional room decor, the Hotel Saint Germain is a short walk from the Rue du Bac metro station in the 7th arrondissement , and within walking distance of the Musee d’Orsay and the Rodin Museum. 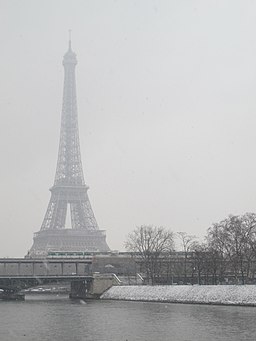 CitizenM Paris Charles de Gaulle: The CitizenM is next door to Charles de Gaulle. It has 24-hour reception and food service, along with self-serve check-in and check-out. This hotel might be worth considering if you have a very early or late flight. 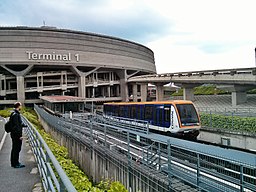