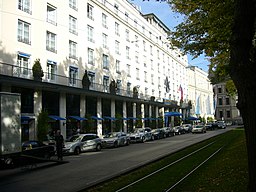 Bayerischer Hof: This 5-star hotel is located in a fashionable area of downtown Munich and is located within walking distance of attractions like the Hofbräuhaus, the Frauenkirche, and Marienplatz. It offers an assortment five restaurants to appeal to a variety of tastes, along with six bars, and has a spa with a rooftop swimming pool. One of the best hotels in Munich. 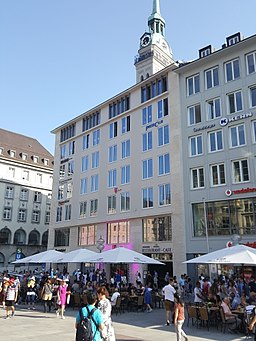 Beyond by Geisel: This is one of Munich’s newest luxury hotels, having been converted from what was recently several floors of a Hugendubel bookshop. You can’t get closer to Marienplatz than this, as it’s right on Marienplatz with views of the City Hall on the opposite side. The Frauenkirche, Hofbräuhaus, Viktualienmarkt, and Maximilienstrasse are only a few minutes walk away.

Hotel München Palace: The München Palace is located in Bogenhausen, an upscale residential area of Munich near München Ost rail station and the Englisher Garten. The hotel is a short walk to Max-Weber-Platz underground station, from which downtown Munich is only a ten-minute ride. The trains run every five minutes during the morning and evening rush hours, and every ten minutes at other times. 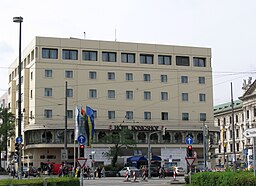 Hotel Königshof: The Hotel Königshof is right across the street from Karlsplatz, which leads to Munich’s main shopping street, and only one block from Munich Central Station (Hauptbahnhof).

Le Meridien Munich: This is one of the closest hotels to Munich Central Station (Hauptbahnhof), and a five-minute walk from the Theresienwiese where the Oktoberfest is held.

Louis Hotel: The Louis Hotel is right next to the Viktualienmarkt, which also means being a few minutes walk from Marienplatz, Maximilienstrasse, Rezidenz Palace, the Bavarian State Opera, and the Deutsches Museum. 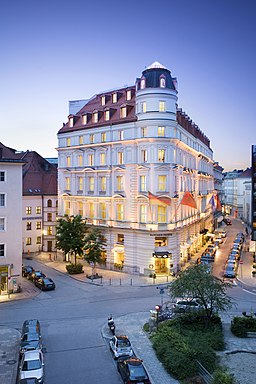 Mandarin Oriental Munich: A cozy and luxurious hotel located just around the corner from the Hofbräuhaus, and a stone’s throw from Marienplatz and Isartor. 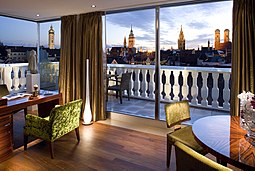 Rocco Forte The Charles Hotel: The Charles Hotel is another of Munich’s newer luxury hotels. It overlooks the Old Botanic Garden and is a five-minute walk from the main train station. Königsplatz and the Pinakotheken museums are also a short walk away, along with Munich’s main shopping area.

Roomers Munich, Autograph Collection: This modern five star hotel is only a 16-minute walk from the Theresienwiese where the Oktoberfest is held. 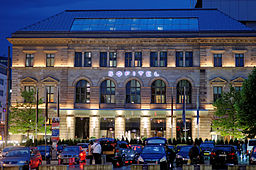 Sofitel Munich Bayerpost: This is the closest five star hotel to Munich Central Station (Hauptbahnhof), being right next door.

Vier Jahreszeiten Kempinski München: This 5-star hotel is located right on the Maximilianstrasse, a shopping street with offerings like Cartier, Dior, and Tiffany. It’s located right around the corner from the Residenz Palace, the Hofgarten, and Marienplatz. If you come at the beginning of the Oktoberfest and you book a room that overlooks the Maximilianstrasse, you can watch the Oktoberfest parades from your hotel room.

The Westin Grand Munich: The Westin Grand is just around the corner from the Hypo-Haus in Bogenhausen. It offers a traditional Bavarian tavern with a biergarten amongst its restaurants

The closest hotels to Munich Airport